Amariana Crenshaw, today I am dedicating this FCAA Postcard to you.... 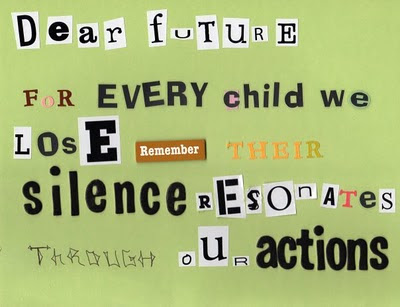 An Injustice and An Atrocity 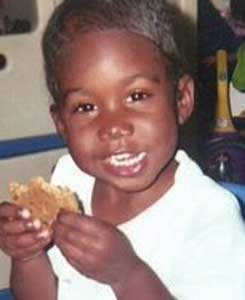 You will never get the chance to meet four-year-old Amariana Crenshaw.
Her life ended when she was burned beyond recognition by one or more Molotov cocktails landing on her while she slept on the floor of her foster mother’s rental property.

Medical records reveal that Amariana sustained at least 11 prior injuries during her time in foster mother Tracy Dossman’s care – including being pushed from a car.

Between the time that Amariana entered foster care and the time of her death, she dropped from the 83rd to the 3rd percential for her weight. Foster mother Tracy Dossman has been cited for numerous licensing violation – including two documented incidents of locking the refrigerator while Amariana lived with her.

Now, tell me this:

The California Department of Social Services says that until they complete the official inquiry, and unless they find Dossman in "noncompliance," they will not move to decertify her as a foster parent. Nor will they require the private agency that certifies Dossman to remove the other children.

"We're not there yet," says DSS spokeswoman Lizelda Lopez, who said it's not clear when a decision will come.

My question for Lopez and the other folks working at DSS is: "Would you trust YOUR children in Tracy Dossman's home?"

Hearing this radio interview on NPR, and reading the research below concerns me - especially because of African Americans overrepresentation in foster care.

This is one of many reasons why the Ohio chapter of Foster Care Alumni of America is involved in dismantling the Cradle to Prison Pipeline in our state.

Our young people need better preparation and a network of support.

• Young men are not persisting in school or achieving at the same academic levels as young women.

• This challenge is most acute for the most disadvantaged men of color. At just about every stage of the educational pipeline, they lag behind minority women in terms of achievement, persistence, and school and college completion.

• Corporate Voices and the Ready by 21 Partnership are working to engage business leaders to create local partnerships within their communities.
Posted by Lisa at 8:21 AM No comments: 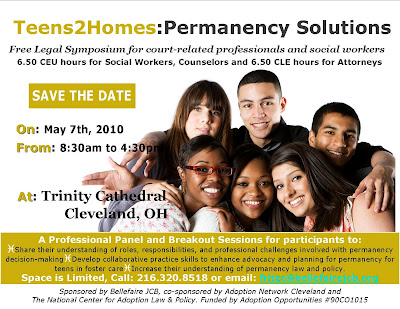 Please click on this image to view it at a larger size and higher resolution: 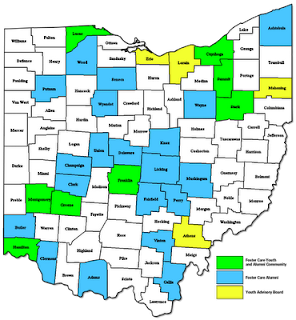