No help unless you are pregnant 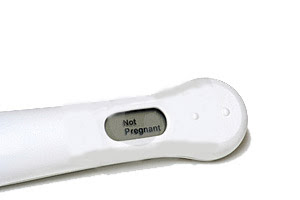 Here's the scenario: A young woman ages out of foster care. She enters the adult world, totally on her own.

This young woman enters college, and pursues her education. She has chosen to postpone creating a family of her own until after she has finished school and has the financial and emotional resources to build a healthy marriage and family.

But when she hits a road bump, and needs temporary assistance to get back on her feet, this young lady applies for assistance, and is told she cannot receive help with housing unless she is pregnant.

Now, tell me: "How does this work towards pregnancy prevention? Why should young women be advised to bring unwanted children in the world in order to acquire housing assistance?"

TANF is what we used to refer to as "welfare." The acronym stands for "Temporary Assistance for Needy Families." It was created as part of the Personal Responsibility and Work Opportunity Act, which replaced AFDC, Aid to Families with Dependent Children.

AFDC was a federal assistance program administered by the U.S. Department of Health and Human Services between 1935 - 1997. This program provided financial assistance to children whose families had low or no income.

My understanding is that the evolution from AFDC to TANF was part of an effort to provide temporary assistance to needy people, in order to get them back on their feet and provide for themselves.

One of the stated purposes of TANF is: "To prevent and reduce the incidence of out-of-wedlock pregnancies."

Life, as an imperfect human being 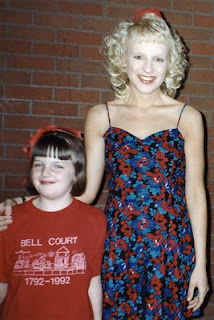 A quote that I read in college, two years after I was legally emancipated from foster care, still resonates with me today. I return to it, as an adult, when I find myself battling with inner demons.

Here is the quote:“When I was young, I thought that I had to be perfect for people to love me. I thought that if I ever did something wrong, their love would be withdrawn…

We need to give ourselves permission to be human, to try and to stumble, to be momentarily weak and to feel shame but to overcome that shame with moments of strength, courage and generosity.” -H. S. Kushner, You Don’t Have to Be Perfect To Be Loved

What does it mean to me?
For those of you who have not experienced foster care, remember back to what it was like to be a teenager.

Did you ever say things and haste, and regret them later? Did you indulge in risk-taking behavior? Did you act a certain way to fit in with your peers, which sometimes included behavior that alienated adults?

When this happened, did your parents pack your things and send you someplace else? Did they forever reject you for that behavior, and perhaps never choose to see you or spend time with you again?

For a young person living in a foster or group home, your every mistake can lead to larger-than-life repercussions. Chances are that you will be removed from the place that you are staying and placed somewhere else. Even if the mistake was not yours, even if that mistake was actually perpetrated by the son of the man who owned that group home, you will be blamed.

Do you see how emaciated I look in this picture?
That was how I looked as a 19-year-old college student when I first read this quote. I was trying all those things... to be loved.

I had recently experienced two forms of rejection; one from my father whom I had tried to reconcile with, and another from my best friend-big brother-evolved into boyfriend, who wasn't my boyfriend anymore.

I reacted to their rejection by blaming myself. I couldn't see that there might be something lacking in my father - like courage or emotional strength. I couldn't see that my boyfriend was just a bad match for me. I was chasing after perfection and beating my hands against the wind.

Chasing after perfection
I still do that sometimes. I push myself hard, and I keep my energy level going for a long time. By the end of this year, I will have presented at four national and four statewide conferences in the hopes of improving outcomes for young people in and from foster care.

But trying to be a perfect person can be exhausting.

Some of my goals for the next year are:
- To delegate more and not take everything on myself
- To partner with others and share the workload
- To design workshops that can be shared on a national level... but not always by me
- To train youth and alumni to present at conferences
Posted by Lisa at 10:29 PM 2 comments: 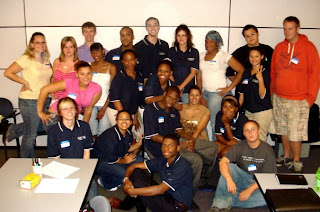 One more step ahead for the Foster Care Movement happened in Toledo, Ohio today!


While driving to Toledo today, I listened to some of the landmark speeches of Dr. Martin Luther King Jr.

Just as his words rang through the nation as part of the civil rights movement, there are many principles that we can learn from MLK regarding the foster care movement as well...

1.) Importance of a collective voice:
"I want to say that, in all of our actions, we must stick together. Unity is the great need of the hour, and if we are united, we can get many of the things which we not only desire but which we justly deserve."

2.) Urgency - because now is the time to make a difference:
"Then there is another cry. They say: 'Why don't you do it in a gradual manner?' Well, gradualism is little more than escapism and do-nothingism, which ends up in stand-stillism."

3.) Need for our voices regarding legislation:
"And there's a reality; let's not fool ourselves: this bill isn't going to get through if we don't put some work in it, and some determined pressure. And that's why I've said that in order to get this bill through, we've got to arouse the conscience of the nation..."

4.) Sacrificing to make a difference
"There can be no great social gain without personal pain... but we must go on with determination, and with a faith that this problem can be solved."

5.) Making a difference for the next generation:
"Moses might not get to see Canaan, but his children will see it. He even got to the top of the mountain enough to see it, and that assured him that it was coming. But the beauty of the thing is that there's always a Joshua to take up his work and take the children on in."

To read more, please visit:
http://www.stanford.edu/group/King/publications/speeches/contents.htm
Posted by Lisa at 1:16 AM No comments: 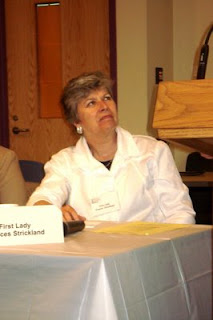 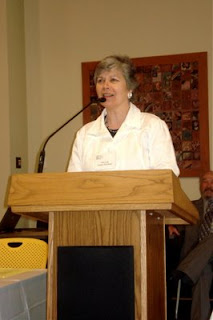 On Friday, I had the privilege of attending the Ohio Family and Children First Forum.

This event was chaired by Ohio's First Lady, Frances Strickland.

Ohio's First Lady sees her role as a steward of resources.

Her goal is to streamline and coordinate existing services, in order to better help children and families. Participants were invited to share systems/services that are difficult to navigate, and regulations/policies that do not make sense.

I sat in the front row at this event, and was given the opportunity to to share both my concerns and my availability as a resource to professionals in attendance at the forum.

1.) Systemic issues that I shared:

- Young women who age out of foster care and seek help are often told that they are not eligible for assistance unless they become pregnant.

- A young man, eligible for Medicaid benefits, thanks to HB119, has been repeatedly told for the past six months by the staff member assigned to his case that his Medicaid card is "in the mail."

Meanwhile, this 19-year-old has gone six months without the very insurance that advocates have labored to make available to him.

- Practices that work against young people in foster care by denying them long-term emotional connections, such as changing their birth certificates so that they are no longer legally related to their biological siblings, and not maintaining sibling visitation.

2.) Penny Wyman of OACCA indicated that her top two concerns are transition and coordination:

- There is a need for greater support for youth in transition.

- The mental health, juvenile justice and child welfare systems need to coordinate with one another.

- When transitional support is not available, and when systems do not operate in collaboration with one another, this can be detrimental to both short- and long-term outcomes for youth.

3.) A foster mother, who is preparing to adopt the sibling group of four children in her care, asked why the children's biological parents had been asked to pay for the parenting and substance abuse classes that they were ordered to attend?

She said that, in this case, the biological parents had been neglectful but not abusive. The parents could not afford to pay for the classes, and had became discouraged. Their children were elsewhere, so they decided to drown their sorrows in further substance addiction, and wound up losing custody.

4.) A biological mother of a teenage boy who had spent time in the juvenile justice system was concerned that her son had become institutionalized. When his sentence was up, he did not know how to function in the outside world.

5.) Child welfare professionals asked, "Can we cut down on the obscene amount of paperwork? It is confusing to consumers and takes up time that we could be using for direct service."

6.) Overall, the focus of the forum was on "reteaching the systems," because it seems that the people who are making the rules and guidelines have never tried to access those services themselves.

This idea reminded me of an old William Hurt movie called The Doctor. 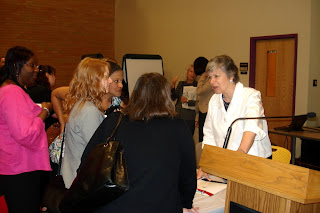 Praise for Glenn DuBois, chancellor of the Virginia Community College 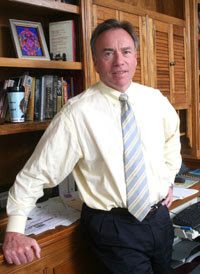 As a former foster child, I am writing this blog entry to celebrate the efforts of one man, who is using his personal summer vacation time bicycling to seven Virginia community colleges, in order to raise funding and awareness for a program to benefit young people in foster care.

Glenn DuBois, chancellor of the Virginia Community College System, knows and cares about the challenges facing the 8,000 young people in his state's foster care system, and the more than 500 teenagers who age out of foster care in Virginia each year, with nowhere to go.

He cares that, even though grants and tuition assistance are available, not enough young people are made aware of these resources.

He knows that less than 5 percent of young people over the age of 18 are willing to remain in state custody.

He understands their desire to provide for themselves and be independent, despite the fact that, "If they would only stay in foster care status - for independent living, federal money kicks in, state money kicks in.... But it's all pretty much left on the table."

In response, the Virginia Community College has launched the Great Initiatives, a transitional education program for teenagers in the foster care system between the ages of 13 - 17 years old.

What sparked DuBois' passion? His past experience as a social worker, years ago, working with foster-care youth shortly after he finished graduate school.