Praise for the People's Inaugural Project 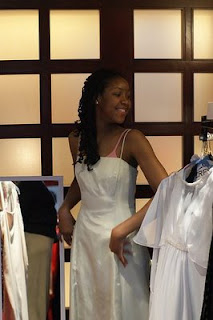 Earl Stafford, Virginia businessman, Air Force veteran and 60-year-old founder of Universal Systems and Technology decided to give a front row seat to the disadvantaged when it came to attending the People's Inaugural Ball.

His family's nonprofit organization, the Stafford Foundation, reached out to hospitals, homeless shelters, some of the other social agencies in 22 states.

They not only facilitated attendance at the ball and other events, but also provided gowns, tuxes, beautician makeovers and accessories, such as earrings and necklaces.

The People's Inaugural Project took place on Jan. 18, 19 and 20, with lodging provided all three nights.

Stafford's investment included over 335 rooms in the J.W. Marriot, $200,000 worth of food and drink and a heated tent on the hotel roof to watch the parade down on Pennsylvania Avenue.

Over 1,000 people participated - and at each event at least one-third of attendees came from disadvantaged backgrounds. The rest were business leaders, community leaders, celebrities and politicians invited by Stafford.

Stafford's goal was to bring together people from all strata of society: "We want those with millions in the bank interacting and worshipping and celebrating with those who only have pennies in their pockets."

During the NPR broadcast, participants who came from backgrounds of poverty appreciated both the experience - and the anonymity that was provided along with lovely gowns and professional makeovers.

For those three days, the playing field was level and stigmas and stereotypes were left behind.
Posted by Lisa at 6:31 AM 2 comments:

Why does juvenile justice matter?

Because:
“Nearly 100,000 youth are confined in juvenile jails, prisons, boot camps, and other residential facilities on any given night.” - Office of Juvenile Justice and Delinquency Prevention, Statistical Briefing Book

And yet:
“Among all of the policy areas affecting vulnerable children and families, juvenile justice has probably suffered the most glaring gaps between best practice and common practice, between what we know and what we most often do.

"Perhaps because it serves an unpopular and powerless segment of our society—behaviorally troubled, primarily poor, mostly minority teenagers...” 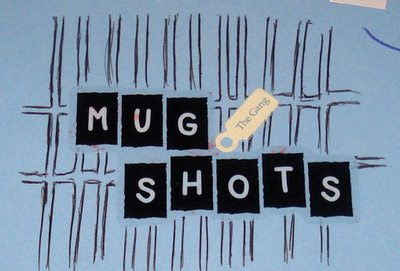 Therefore, I am currently working with Dawn Folsom, a passionate member of Foster Care Alumni of America from Indiana, as well as many young people in my state on issues involving juvenile justice reform.

The way that I tackle a problem is to identify and learn from existing challenges, gaps in services, resources and Best Practices, and figure out a way to connect youth, alumni and professionals with information, resources and services.
Here is what I have tracked down so far...

Existing Challenges:
1. Overrepresentation of minorities in the juvenile justice system
2. Runaway and homeless youth being locked up for "truancy"
3. Females more likely to be detained, despite being a lower risk to public safety
4. Youth being transferred to adult prisons, even for nonviolent crimes
5. Need for more investment in preventive measures
Best Practices:
Missouri's Division of Youth Services received the Innovations Award in Children and Family System Reform and was awarded $100,000 toward replication and dissemination of its program around the country.

Why? For its treatment of juvenile offenders across 42 locations statewide, its comprehensive approach to reform and its network of regional facilities that keeps youth close to their families.
Ohio has a relatively new advocacy program, funded by TANF and facilitated by Urban Minority Alcoholism & Drug Abuse Outreach Programs, to help families of youth committed to the Ohio Department of Youth Services. This program is the first of its kind.
Advocacy Strategies:
Monetary Value of Saving a High-Risk Youth
This study is based on specific savings from up-front investments. Research findings suggest that by identifying juvenile offenders early and providing them with prevention and treatment resources early in life, their future criminal activity may be curtailed.

It is estimated that the present value of saving a 14-year-old high risk juvenile from a life of crime to range from $2.6 to $5.3 million. Saving a high risk youth at birth would save society between $2.6 and $4.4 million.
Voter Preference for Rehabilitation
This survey of 820 DC voters reveals that the public prefers to invest in rehabilitative strategies for juvenile offenders. The overwhelming majority of participants desired for young people to be placed in juvenile detention facilities, rather than adult prisons, and for youth to be connected with opportunities to improve their lives.
Negative Effect of Juvenile Transfer Laws
Young offenders who are transferred to adult prisons are more likely to perpetrate future criminal offenses than young people who remain in the juvenile justice system. This approach does not deter juvenile delinquency.
Legislative Awareness:
Juvenile Justice and Delinquency Prevention Act
Due to Republican objections, this bill never became law.
The mandates would have included: (1) deinstitutionalization of status offenders; (2) sight and sound separation of juveniles from adult offenders; (3) removal of juveniles from adult jails and lock-ups; and (4) reduction of disproportionate minority contact with the justice system.
Gang Abatement and Prevention Act vs. Youth PROMISE Act
Posted by Lisa at 6:54 AM 1 comment: