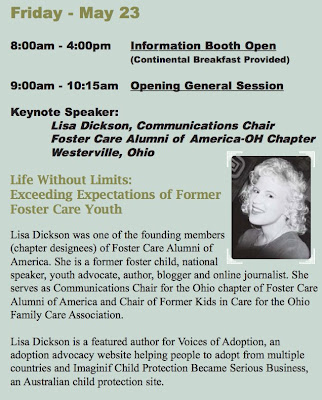 We don't want "your kind" around here 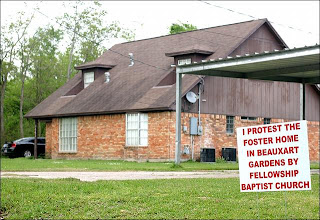 A group of Texas residents appear to be enforcing their own form of segregation, by protesting an all-male group home for elementary-age foster children.

The only "crime" that these children have committed is being abandoned and/or abused by their parents.

They are no more or less likely to cause problems than any other child.

My only concerns are about the all-male staff, and the fact that there will only be two staff members. The staff-child ratio needs to be revisited. Will the children be educated on-site, or (hopefully) attend the local elementary school?

I believe that former foster children should have a voice in the design of group home facilities.

I would also propose creative measure such as:

1. Church members being paired as "mentors" for each child in the group home, after being carefully screened to make sure these adults are safe. A child could spend time in their homes on Sunday afternoons.

2. Proactive community education: In all fairness, after reading through the comments, it does seem that there was a communications breakdown between the church and the community.

When establishing a group home, it is in the best interest of everyone involved - especially the children who undoubtedly feel rejected and stigmatized by these picket signs - to have open and honest communication.

If I were creating a group home, I would present the model at local schools and community meetings. I would strive to answer questions ahead of time, and to keep my answers consistent, regarding:

Reading further into the comment section, it appears that community meetings were held and that they did address all of the above questions.

Which makes me wonder why that information was not included in the article, which only quoted sound-bytes from a man who was supposedly an "expert" on group homes... but as it turns out, his only expertise is in juvenile correctional facilities.
Posted by Lisa at 5:47 AM 1 comment:

http://www.merage.uci.edu/~mckenzie/rethink/rethink.htm
Posted by Lisa at 5:49 AM No comments:

Four recurring nightmares that I have...

1.) Back to school: Sometimes, like tonight, I dream that I didn't really get my degree after all... I am informed that I am just one credit short, and because of my oversight, I now have to go back to school and start all over again from the very beginning.

And Lisa, the once-perpetual college student, just doesn't have the energy to go back to school and re-earn my college and graduate degrees right now!

2.) Shopping: I dream that I am at the store, and see all these pretty things that I want to buy. I take them into my arms and my hoarder's soul fills with glee.

It is as if by the very act of holding these beautiful things, I become more lovely myself.

Then I hear my husband's voice in my head asking, "Do you really need all these things, Lisa? Will you even use them?"

One by one, I put them all back on the shelf, and go to the checkout with only one thing in my hand.

3.) 'Save the children' dreams: For as long as I can remember, I have had these intense dreams of children who are running from some unseen enemy and looking to me for help.

The premise of these dreams is that only I can save them. 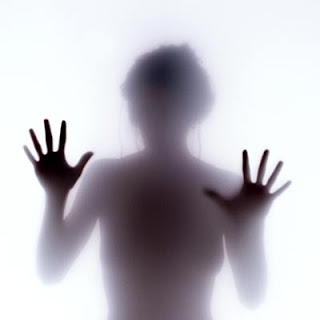 4.) Sent back to foster care: I frequently dream that my husband and stepdaughters are disappointed with me, so they send me to a group home.

A friend of mine recently asked me about the phenomenon of how our time in foster care can haunt us as adults.

It makes perfect sense that we might try to hold onto people or fear that if we make the slightest mistake, we can lose everyone and everything that we love.

Because that is what foster care is like... If you make the slightest mistake in a foster home/group home, you will indeed be sent elsewhere.

I responded to his question by sharing a quote that has meant a lot to me regarding this issue:

"When I was young, I thought that I had to be perfect for people to love me. I thought that if I ever did something wrong, their love would be withdrawn…

"We need to give ourselves permission to be human, to try and to stumble, to be momentarily weak and to feel shame but to overcome that shame with moments of strength, courage and generosity."

-H. S. Krushner, You Don't Have to Be Perfect To Be Loved

My experience has been that the more loving, caring people that you surround yourself with, the more that wounded, insecure part of you will heal.

Connections of encouragement and acceptance are part of what Foster Care Alumni of America is providing for people in and from foster care all over the nation.
Posted by Lisa at 11:36 PM 2 comments:

Youth in foster care deserve a voice in court

Dave Jones, a California Democrat, recently introduced legislation to bring foster children into the court hearings that decide their fates after allegations of abuse and neglect.

This bill was designed to address Broken Families, Broken Courts reports that, throughout California, hearings in the courts that oversee the foster care system are often held without the child present.

As its author states: "This bill sends a strong message that kids need to be a more integral part of the system."

Current law gives children the legal right to attend but does not require officials to make a strong effort to get the children there.

This is a terrible oversight because youth people have a very strong viewpoint about what is and is not working in the child welfare system, and can thoughtfully articulate their own interests.

Jones' bill, AB 3051, requires all California judicial officers to postpone hearings if children 10 years old and older have not been properly notified and offered the chance to attend.

Some lawyers are hoping that the language of this bill will be revised so that any children ages 4 years old and older will be able to attend.

One key proponent of this revision is Leslie Heimov, executive director of the non-profit Children's Law Center of Los Angeles.

Jones said alterations of his bill are expected, and that he intends the age reference to be "a floor, not a ceiling."

Culture Change
In order for this bill to have an impact, a significant culture change will be required in many California courts. Some judges and lawyers believe children can be disruptive, or shouldn't miss school to attend court. Others fear they will be bored or traumatized by things they hear.

I agree with Presiding Judge Michael Nash of the Los Angeles Juvenile Court: "Children are the most important persons in our process. And they should be seen and heard." 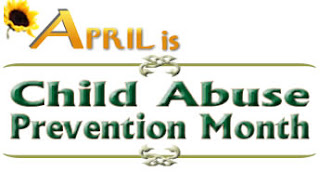 Please visit this site to learn more about the history of Child Abuse Prevention Month, state chapters and free resource packets.
Posted by Lisa at 6:41 PM No comments:

What is Cognitive Dissonance?

Cognitive dissonance is a psychological term describing the uncomfortable tension that may result from:

Cognitive dissonance can be defined as “an internal contradiction.”

We all want to believe that we are good people. So if we do something harmful to another person, we feel that prick of our conscience. Since we cannot live in a state of “cognitive dissonance” for an extended period of time, we have to somehow make it right in our heads.

Cognitive dissonance can occur in the minds of neglectful and abusive parents. I can’t tell you how many foster care alumni have come to me and told me about this type of experience.

After being reunited with a parent, a young person might try to tell mom or dad what happened during their time in foster care. Or a young person might say, “Remember that guy you were dating before I left home? Did I ever tell you that he touched me when you weren’t around?”

More often than not, the biological parent will respond, “I don’t want to hear about it.”

My father is the perfect example. I rarely saw him during my time in foster care - but when I did, I was always mystified by the fact that he could never look me in the eyes. He always looked away. Later, when I came to him as an adult, to try to tell him some of the things that happened during and after my time in care, including the fact that I experienced rape and homelessness, he didn’t want to hear about it.

He even went so far as to say, “Lisa, we have no way of knowing whether or not those things ever happened to you.”

I had to raise my eyebrows at that comment.

Being the person who experienced those things and survived them, I found it mind-boggling that another person might think that by his denial, he could edit my entire life history, and make those painful experiences no longer exist.

I made up my mind at that moment that I wanted to be a person who could face reality, in all its beauty and all its ugliness, and take full responsibility for my actions.

As a stepmother, if I feel that my reaction to something was wrong, I will go to my husband and stepdaughters and apologize. I will not make excuses for myself — I will just call it what it is: “I have a big mouth sometimes,” and strive to do better.

Sadly, cognitive dissonance can occur in the minds of abuse victims as well. When a parent is the perpetrator, rather than the protector, that clashes with everything that a child instinctively knows.

The first two reactions can lead to both current and future emotional damage: A child experiencing sexual abuse might try to make sense of the experience by equating the act with love. Later, that same child might grow into an adult who expects abuse from his or her partner.

Now that I advocate for young people in and from foster care, it is so easy for me to see that their parents’ actions are not a reflection of their worth. But, back when I was still in college, it was hardest of all to see that value in myself.

I still remember the moment when I realized that my father’s rejection did not make me unworthy of love. I was reading the quote, “When I was a child, I talked like a child, I thought like a child and I reasoned like a child. When I became an adult, I left childish ways behind me.”

It occured to me in that moment that if I were ever to grow up, I needed to assert my own worth and not judge myself as unloveable based upon my father’s reaction.

Good Will Hunting
Similarly, one scene from the movie “Good Will Hunting“ has resonated with many foster care/child abuse survivors. Robin Williams (playing Sean, a psychiatrist) is counseling Matt Damon (playing Will Hunting) an abused child.

After holding up pictures of Will Hunting, covered in bruises, the script continues: