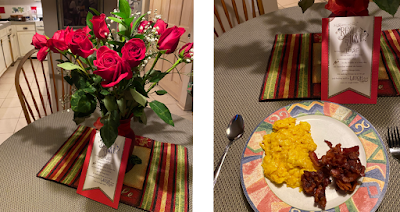 Woke up to roses, a personalized card and Valentine's Day bacon and eggs today!


This is what Carly did for the kiddos... 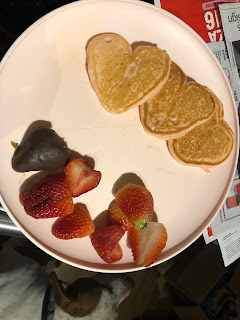 Made me think back on prior fun memories with the man I love: 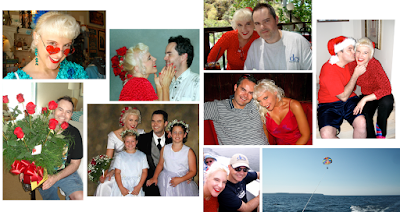 Roman Sandhu and Jonathan Thomas in the Columbus Dispatch 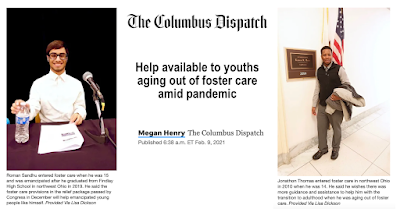 Roman Sandhu entered foster care  when he was 15 and was emancipated after he graduated from Findlay High School in northwest Ohio in 2019. He said the foster care provisions in the relief package passed by Congress in December will help emancipated young people like himself.

After aging out of foster care when he was 18, Jonathon Thomas was homeless for about a half-year, couch-surfing at his friends' homes.

“I had no biological family,” he said. “I just had nothing.”

Thomas eventually reconnected with the foster family that he had lived with in Bowling Green in northwest Ohio for about two years, but he wishes he had more support in making the transition to living on his own.

More:Dave Thomas Foundation aims to match every foster child with a forever family

“When you find yourself making mistakes, as all young people do, and then there’s nothing for you … you’ll give up on yourself,” said the now-25-year-old. “You give up on life. You think nobody cares.”

The $2.3 trillion spending bill combines $900 billion in stimulus relief for the COVID-19 pandemic with a $1.4 trillion omnibus spending bill for the 2021 federal fiscal year.

The measures were passed at a time when more than half of Americans under 30 have moved back home with their parents, something many of these young adults who aged out of the foster care system can't do.

The Fostering Stable Housing Opportunities Act allows foster care youth to sign up for public housing assistance before they turn 18.

Jonathon Thomas entered foster care in northwest Ohio in 2010 when he was 14. He said he wishes there was more guidance and assistance  to help him with the transition to adulthood when he was aging out of foster care.

The hope is it will allow for more places to open like the Marsh Brook Place, a 40-unit apartment complex on the Southeast Side for young people ages 18 to 24 who have faced homelessness or other serious barriers to stability, said Rep. Steve Stivers, a Columbus Republican and co-sponsor of the bipartisan act. Sen. Sherrod Brown, an Ohio Democrat, also sponsored the bill.

All or most of the rent for each tenant at Marsh Brook Place, depending on whether they have any income, is covered through federal subsidies.

About 25% of former foster youths experience homelessness within four years of being emancipated from the foster care system, according to the National Foster Youth Initiative, headquartered in Los Angeles.

The act would allow foster kids who age out of the system to receive a public housing voucher for up to five years, allowing them to get on their feet and find a job or go to college as they make a transition to an independent adult life.

“I believe with these resources that each and every foster youth will be able to navigate themselves successfully throughout adulthood,” Thomas said.

What would Supporting Foster Youth and Families do?

Supporting Foster Youth and Families would also help older foster youth struggling during the pandemic. Under the provision:

“The aging out process is really a tough period for foster children,” said Rep. Danny Davis, an Illinois Democrat and sponsor of the bill. “You’re too young in some instances to be considered a certain way and yet if you age out, you no longer have the protection of government entities.”

The provisions, however, are set to expire at the end of the federal fiscal year on Sept. 30.

"As long as COVID-19 exists and it’s having the impact of everything that it is impacted, we want to keep these children in the safety zone in the safety net," Davis said.

Roman Sandhu is now able to stay with Ohio's Bridges Programs until he is 22.

“Having a relief package like that was a big boost to my morale," said the 20-year-old. “It’s very comforting and it’s a lot of relief and stress off my shoulders."

Sandhu entered the foster care system when he was 15and emancipated after he graduated from Findlay High School in northwest Ohio in 2019.

“It was a pretty major adjustment,” he said.

Sandhu went from living in a group home with other foster youths to living on his own and having to fend for himself. When COVID-19 hit, he temporarily lost his factory job so he started dipping into his savings to make ends meet, he said.

The Bridges program has helped him save money since then and he is now attending the University of Findlay. He wants to go into law enforcement and dreams of one day becoming a deputy sheriff. 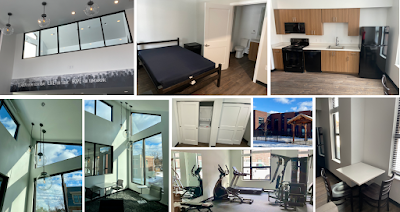 We were honored and privileged to have a voice in deciding what services would be needed, and to vote on specific elements related to building design. Here is a link to additional photos of Scholar House 3.

Columbus Scholar House 3 serves young people ages 18-24 with a foster care history. Consistent with the Scholar House model, residents of the project are expected to maintain full-time status at an accredited two or four-year College or University.

There are currently open units for residents to apply. Former foster youth ages 18-24 can fill out an interest card here and learn more about the application process here. 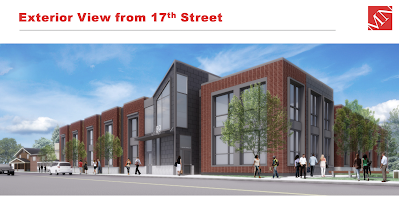 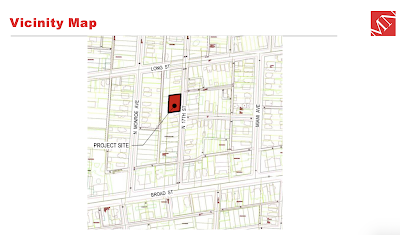 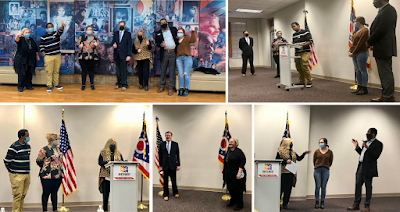 Representative Michael Turner invited foster care youth and alumni advocates from the OHIO YAB and ACTION Ohio to join him in celebrating FSHO becoming a law during a press conference on Wednesday, January 27, 2021.

The Fostering Stable Housing Opportunities Act mandates that federal agencies set aside housing vouchers for foster youth who age out of the system so that they no longer face homelessness. The bill, which was passed as part of the CARES Act, has requirements that the young adults must participate in training, work, or school in order to maintain the voucher. 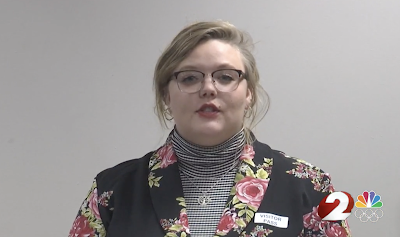 In the words of Cloé Cooper:

Hello, my name is Cloé Cooper and I am a former foster youth who serves as an advocate to improve outcomes for my brothers and sisters in and from foster care.

It is my privilege to be a part of the collective voice of Ohio foster care youth and alumni and it is my honor today to speak on behalf on every foster youth who volunteered their time to travel to Washington D.C. To all of you who came before me, I am humbled by your tenacity and commitment to those who will come after us.

Today, I have the honor of speaking both from my own experience and that of my siblings of the foster care system. When it comes to the historical context of this bill, Ohio foster care youth first traveled to Washington DC in March of 2013. From that very first moment, and on the very first day of legislative visits, Representative Michael Turner has been literally our very first and most authentic champion. He heard our voices and our stories, understanding that homelessness is one of the main challenges we face as we emancipate from the agencies we are assigned to.

With the support of Mr. Turner, this life changing legislation provides on demand housing vouchers for young adults exiting foster care who are at risk of homelessness. It supersedes any barrier that once prevented our population from accessing this resource and gives former foster youth a chance to finally have a home of their own. A fair chance to build the life they deserve.

I want to thank everyone who has supported the efforts of Ohio’s foster youth, and our nations foster youth. Those who have lived experience being involved with out of home placements can always bring understanding and solutions to the problems we face. I am filled with gratitude for those who invited us to the table to present them. I am eager to see how our countries community partners work together to make this new resource available for my brothers and sisters of care. I am confident that those who are given the ability to receive vouchers per the Fostering Stable Housing Opportunities Act will become the next trailblazers we need to represent and fight for the equity, equality and security of every soul touched by the child welfare system and beyond. Thank you. 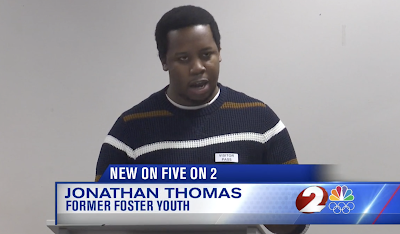 In the words of Jonathan Thomas:

Good morning. I am honored, and privileged to be here amongst you all.

I would like to thank Congressmen Mike Turner for his continued support of emancipated foster youth all over Ohio. It can be difficult to emancipate into adulthood with no idea of what such a life should look like. But the work from this office has gone forward to pave the way for some amazing programs, that have the potential to guide our youths into successful lives.

May those to come observe, and take note of this day, and may they know that this was done for them. For the hope of their future. May this day encourage them, and inspire their dreams of a more positive way of life. And may they know that they are loved, hoped for, and believed in more than they can possibly imagine. Thank you. 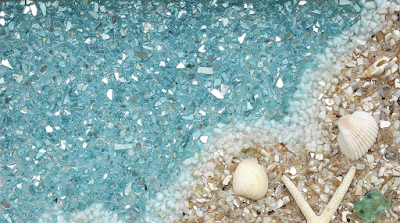 “We must use time creatively, in the knowledge that the time is always ripe to do right. ~ Martin Luther King, Jr. 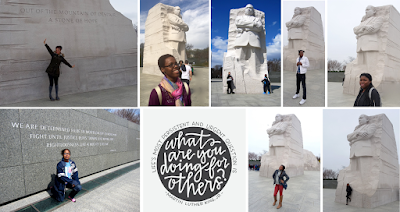 I am deeply concerned by the new national tagline to “Be Relentless for Families” and how it might undermine interventions for abused kids and teens.

Buzzwords can be helpful - and buzzwords can be dangerous. Because they influence people’s actions. For example, that whole “ending foster care by 2020” thing? Never happened. But it did shift the focus of policy and decision making.

Can a system that has been advised to be “relentless for families” respond in a helpful manner to a teen is begging for themselves and their siblings to be safeguarded from further abuse?  Or will it be more likely that they are sent back to that unsafe situation?

It’s great to support families in need of help. All in favor of that. But we should never abandon the cause of child protection. Child protection needs to remain the North Star.

We’ve had numerous young people who have run away from abusive bio/adoptive families, seeking help. Many were sent right back. At least one has been sent to juvenile detention as punishment for running away. A question we've been asked by youth who have experienced abuse is, "Why does my family have more rights than I do?"