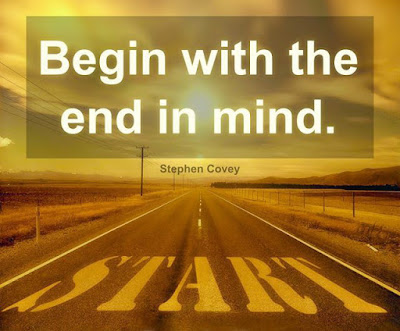 The end goal is for housing resources to support foster youth to be available in every state, and every city/county, in our nation. 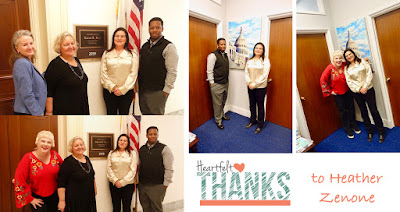 We Ohio folks had the honor and privilege of meeting with foster care alumna Heather Zenone in February. Heather is a powerful DC advocate with an eye toward improving outcomes for our population, especially in light of the current pandemic. She has been sharing our policy recommendations with the federal Ways and Means committee.

Love this recommendation from CDF 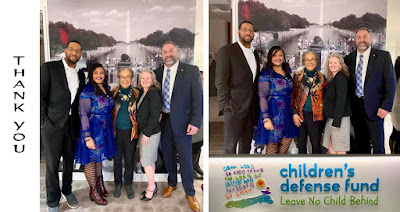 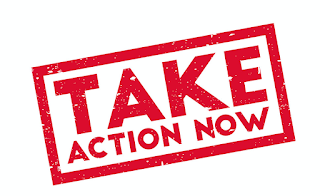 Policy recommendations are being discussed behind the scenes to support young people in and from foster care, by advocates throughout the nation (including Youth Villages and Children’s Defense Fund). Some of my current favorites are listed below.

They include recommendations that we have made. We are continuing to work on strategy proposals, in partnership with the ever-amazing Ruth Anne White of the National Center for Housing and Child Welfare.

ACTION Ohio remains concerned about lack of cell phone access for foster care youth, especially those who are in group home/residential placements, and how this might be further isolating them at this time.

Many thanks, Ohio CASA

As with any foster youth, Lisa Dickson didn’t choose the family she was born into. Instead, she was born into a family that included an abusive father – and a mother who had experienced abuse from her biological family, and eventually lost her life in a battle with cancer. During her time in foster care, Lisa was focused on building her immediate future. From the moment that Lisa transitioned from foster care to adulthood, ahead of time, at age 16, she cared both about building her future and improving outcomes for others.

Since 2006, Lisa has had the honor of working 70 hours a week. She volunteers 30 hours a week in her volunteer roles as co-facilitator of the OHIO Youth Advisory Board (the statewide voice of Ohio foster care youth ages 14-24) and Communications Chair of ACTION Ohio (the statewide voice of foster care alumni). She also works 40 hours a week in her paid job as a Children’s Librarian. Her volunteer roles are focused on informing and empowering current and former foster youth about policies and procedures, and inviting each of them to share their insights. Foster care youth, young adults and older alumni of the system are invited to advocate for what is needed when it comes to policies and resources – with the ultimate goal of helping Ohio foster care youth and alumni have the best chance at healing, growing, and being successful.

Empowering the voices of current and former foster youth within the state of Ohio has led to a ripple effect of local, statewide and national change — including a federal bill, the Fostering Stable Housing Opportunities Act, which has recently passed unanimously in the US House of Representatives and is currently being championed in the US Senate, and HUD Secretary Ben Carson creating FYI on-demand housing vouchers for foster youth.

This year, International Women’s Day is celebrating women who work every day for an equal world. Ms. Dickson’s work goes beyond gender equality; it’s truly equality for all people – adults and youth who deserve families and love and equal access to life’s resources. Her own experiences have inspired her unwavering diligence and fierce advocacy, and that’s why we are honoring her for International Women’s Day.

Representative Steve Stivers is a champion of foster and homeless youth ❤️❤️❤️ 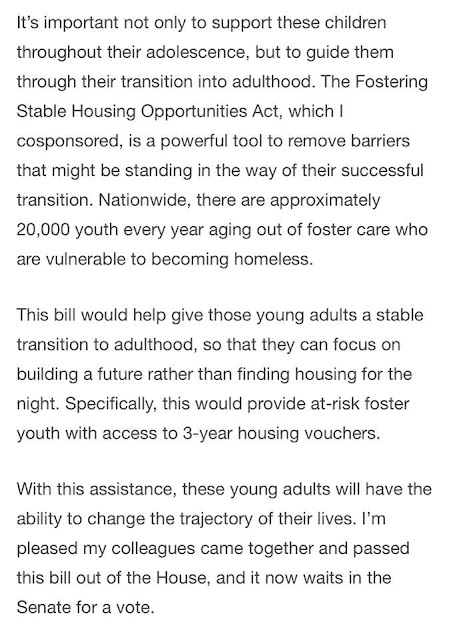 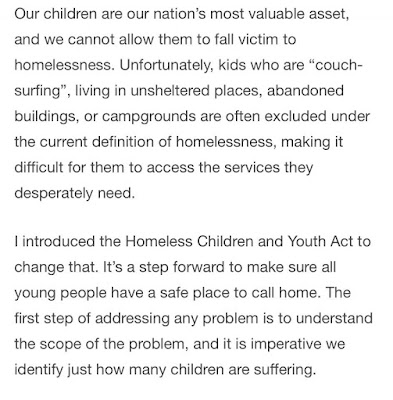 Learn more about the Homeless Children and Youth Act. 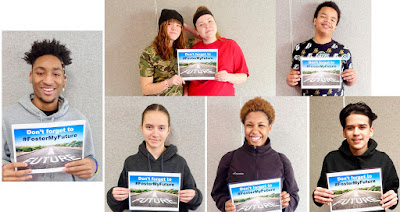 One of the 2020 priorities of Ohio foster care youth and alumni is to make sure that we and our brothers and sisters of the system are:
The dictionary definition of foster is: "To encourage or promote the development of something regarded as good; i.e. 'the teacher's task is to foster learning.'"
Foster care is more than just a placement -- it's an opportunity to 'foster' youth futures and 'foster' youth success. 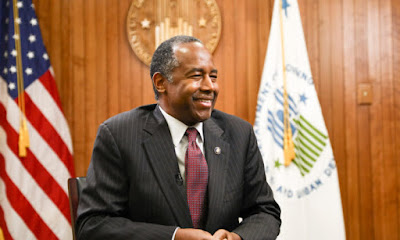 Every year, over 20,000 foster youth age out of the foster care system. Around 25 percent of them become homeless within four years of exiting foster care, according to the National Center for Housing and Child Welfare (NCHCW). Others, although not homeless, might nonetheless be living day-to-day in a motel, vehicle, or with friends or relatives.

The Foster Youth to Independence (FYI) initiative, launched last year, seeks to end this pipeline from foster care to homelessness.

A group of current and former foster care youth with ACTION Ohio spent six years researching the problem and consulting housing experts to find a solution. In March 2019, they pitched their proposal to Secretary Ben Carson of the U.S. Department of Housing and Urban Development.

“You can imagine what that’s like at the tender point in your life, not having the security of a place to call home,” Sec. Ben Carson said in an interview with The Epoch Times for the “American Thought Leaders” program. Such foster youth “can be tremendous contributors to our society, and we need to make sure that we give them a solid foundation from which to launch.”

Since the start of the program in late July, HUD has awarded over $2.4 million in funding for FYI, which helps former foster youth cover the cost of their rent for up to three years after they stop being supported by the foster care system. Each public housing authority can award up to 25 vouchers per year.

So far, the funding has provided housing subsidies for 497 former foster care youth across the country. The latest round of funding was announced on Feb. 6, with $258,606 going to public housing authorities in seven states. The FYI program is available to foster youth between 18 and 23 years old who are homeless or at risk of becoming homeless after aging out of the system. In addition to housing subsidies, it also provides other forms of guidance and job support to help them become self-sufficient. ‘

An Anxious Time’
Aging out is “an anxious time” said former foster youth Adaora Onuora. “There’s so many things going through your head.”

When you’re in the system, it’s easy to take housing for granted, Onuora said. But by the last year, “the social workers are kind of banging it into your head,” she said. “What are you going to do? Where can you go? What resources do you have? What family do you have?”

The FYI program is an extension of the Family Unification Program (FUP), which also helps former foster youth avoid homelessness. But FUP is only available to 280 of the approximately 3,400 total public housing authorities in America.

“It wasn’t anywhere near sufficient enough to deal with this problem,” said Sec. Carson.

After jumping through bureaucratic hoops, Onuora was fortunate to receive a housing voucher with FUP just a few weeks before her 21st birthday.

Onuora has been a vocal advocate of the FYI initiative, with the hope that the housing vouchers she was fortunate to gain access to could be universalized across America for all foster youth aging out of the system.

Jamole Callahan, a former foster youth and one of the founders of ACTION Ohio, told The Epoch Times: “Out of all the years we’ve been meeting with HUD, Secretary Carson was the first sitting secretary we physically met with.”

“He was the first one that sat down and had an honest conversation with us,” Callahan said. “As one of my sisters in care said it, we are cutting off the spigot of aging youth out into homelessness with this program,” Callahan said.

According to Ruth Anne White, Executive Director of the NCHCW and one of the main advocates for the FYI program, Sec. Carson “heard their proposal, and essentially said, this is fundable. It’s within my authority. It doesn’t require action from Congress. Let’s move.”

“I’ve never seen anything move at that speed absent something like a natural disaster,” said White, who has worked on affordable housing policy for two decades in DC.

When the program was originally designed, it included a requirement that participants work or attend school, but this was later removed due to criticism from poverty advocates. But the program is nonetheless built with the idea of being a stepping stone to self-sufficiency, “in a similar way that we would treat our own children,” White said. “This is the only voucher that’s time-limited in HUD’s entire portfolio,” White said.

Bipartisan Bill
While FYI makes housing vouchers far more accessible to former foster youth than before, certain limitations still remain. Only public housing authorities that are not participating in FUP can apply for the new FYI program. But unlike FYI, FUP is a competitive resource, meaning the funds may not be available to everyone and may not be available immediately when a foster child ages out of the system.

“We just kind of have to go through this limbo with the youth as they’re aging out in that last year to find out whether it’ll be available for them,” Onuora said. If they’re unlucky, they’re stuck on waiting lists for years. But that gap could be closed soon with a bipartisan bill that White, Callahan, and Onuora hope will pass in Congress.

The Fostering Stable Housing Opportunities Act would guarantee a housing voucher for foster care youth when they age out if they demonstrate need for it. The bill unanimously passed in the House and is under consideration in the Senate.

Onuora is currently double majoring in criminal justice and communications at Bowie State University, a historically black college. After that, she plans to head to law school. “My calling is law. I want to be a politician, and I want to make changes for my community,” Onuora said.

Letter to the Editor: Thank you, Governor, for standing by foster youth

As published in the Columbus Dispatch on February 15, 2020, page 10B, Section: Editorial and Opinion, Column: Letters to the Editor:

The OHIO Youth Advisory Board and ACTION Ohio serve as the statewide voices of foster care youth and alumni. We read over the Initial Findings Report by the Governor’s Office of Children Services Transformation with interest.

We are deeply grateful to Gov. Mike DeWine for the continued commitment he demonstrates in caring about foster youth and elevating the voices of youth and alumni by including our voices in these initiatives.

Testimony by our members during the recent foster care forums reflected the top three priorities that we as the firsthand consumers of foster care have identified: the creation of Foster Youth Ombudsman’s Office, better independent living and normalcy practices, and preserving sibling connections.

As the council works toward making its final recommendations, it is our hope that all who bear this great responsibility continue to uphold the work that Governor DeWine has long championed — ensuring that voices of youth and alumni are not overlooked.

P.S. One sentence was omitted by the paper for brevity, but I think it’s important, so I’m adding it here:

The definition of “transformation” is a thorough and dramatic change. We believe in Ohio’s capability to achieve metamorphosis and move beyond business as usual.